Humans are strange creatures. We want delicious, convenient and cheap food. But at the same time, we also want a bit of health in our food. While purchasing food, do we ever wonder if the workers or farmers who produce it get a fair wage?

We want all of these things. Yet almost 60% of diseases are food-related. More than 135 million Indians are obese and 200 million are underfed. Almost 40% of greenhouse gases are emitted by food industries. Why are we destroying our soils, our climate and our planet?

When we purchase food, we’re not just basically paying for the food. We’re paying for the damage done to soils, the resources used, the biodiversity we lose. Not only this, but we are also paying for the potential damage to our health. Even the cheapest of foods may cost us far more than what you can imagine.

True Cost of Food: The Concept

There are a lot of external factors that come into play when we talk about producing food. The water that you use in the production of the food, whether it is clean water or water filled with pesticides. The conditions in which we raise our poultry, whether it lives a healthy life in pastures or a disease-filled life in factories. The amount of ammonia produced, whether people are forced to work in dangerous conditions. Even the taxes we pay are a factor. Our taxes support many farming practices that endanger us.

Taking all of these hidden costs into account, even the food that we think is cheap isn’t cheap at all. The true cost of food is a really simple concept. It takes into account all of these external factors and converts them into monetary values wherever possible. So you pay not just for the food you eat, but also for these factors that come into producing said food.

Examples are the easiest way for me to bring things to perspective. You have a farm where you breed animals. The animals live in crowded places with no place to move, the feed that they eat are from crops which depend on industrial practices. Due to poor living conditions, many of them develop diseases and are feed antibiotics to keep them alive. Workers working on this farm are paid less and forced to work in these dangerous conditions. High levels of ammonia are produced and their excretion is dumped into water bodies. We consume products from these animals and end up with disease ourselves.

But we are all willing to do that because the product that we buy is cheap. Other available foods like organic foods are avoided because they ‘cost more’, even though they might be better for us.

But producers aren’t to be blamed for this situation. In this system, the one who ends up offering us the cheapest options of food often end up the ones winning. This isn’t the case for only animal-based products. Fruits, vegetables, everything that you see is all a part of this rigged cycle where everyone loses.

Are there any benefits though?

We want benefits for everything that we do, so here are a few benefits so that we can start encouraging the use of the true cost of food.

If this system gets enough support, then policies and interventions can be adapted to produce food with the actual cheapest of foods. Implementing the true cost of food, we might end up saving more money in the long run. A study conducted in the UK showed that while the retail price of food was 120 billion euros, the hidden costs were calculated to be another 120 billion euros. The customers ended up paying an actual of 240 billion euros for food that they thought was actually 120 billion euros.

So we’re saving money, making way for more sustainable practices, allowing farmers to be paid fairly and ensuring that we keep the damage done to our planet to a minimum. Sounds like an amazing deal to me.

Interested in reading about a way we can help achieve the true cost of food? Check out this article on Product Carbon Labelling which is where the future of packaging is heading.

Redefine Meat: The Future Of Meat? 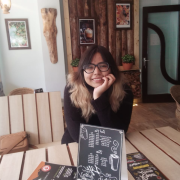 Plant-Based Probiotics That You Can All Try

Plant-Based Diets: Should You Make The Conversion?