Butter is one of the leading dairy products which is liked by the majority of the population. Neutralization of cream is the noteworthy step which is applied when butter is produced from cream.

The cream can be called that portion of milk in which milk fat is concentrated into a fraction of the original milk. It shall be free from starch and other ingredients foreign to milk.

It is of the following three categories –

1. Low-fat cream-containing milk fat not less than 25.0 percent by weight.

3. High-fat cream-containing milk fat not less than 60.0 percent by weight.

Note:- Cream sold without any indication about milk fat content shall be treated as high fat cream.

Chemically, neutralization can be understood as a process in which an acid and a base react to form water and a pinch of salt. The phenomenon is the same in the dairy industry too.

However, the definition of neutralization in dairy chemistry can be carved out as a process of reducing lactic acidity of sour cream which would be further utilized for butter making. The neutralization of cream is performed only when the cream is utilized for making butter.

Lactic acidity is developed in milk due to fermentation of principal milk sugar i.e. lactose mainly by lactic acid bacteria.

If sour cream is used for butter making then ‘table butter’ (salted butter) develops a fishy flavor during commercial storage at -23 to -29°C. Neutralization enhances the quality of sour cream.

The second reason for neutralization is to avoid the production of undesirable off-flavors during pasteurization of highly acidic cream.

Another reason is to minimize the excessive fat loss in buttermilk (byproduct obtained in butter manufacturing) during the churning of highly acid pasteurized cream.

It should be noted that neutralization must be performed by the correct method as any fault and ‘over-neutralization’ are both harmful to the sensory profile as well as shelf-life of the final product.

The process of neutralization is started by deciding the kind of butter to be produced.

To produce the best quality product, it is essential to determine lactic acidity properly. The sample should be taken only after thorough mixing. The amount of neutralizer added should be calculated correctly.

While adding neutralizer to cream it should be dissolved in clean potable water and diluted properly i.e. mixed with 10 to 15 times its weight in water. It should be distributed rapidly and uniformly in the cream. The temperature of the cream should be kept 29 to 32°C.

The process should be completed in about 10 minutes then cream should be pasteurized. Cream acidity should be checked to ensure if the process is conducted properly or not.

To reduce the pronounced effect of anyone neutralizer and to avoid the production of excess carbon dioxide by the usage of sodium bicarbonate with sour cream, double neutralization with soda and lime is done. To apply this, a firstly lime neutralizer is used to bring down cream acidity to 0.3 to 0.4% then soda is used to get the desired acidity.

Freeze-drying remains one of the most gentle methods of drying various perishable food products. Want to know more about this drying method? Check out our article! 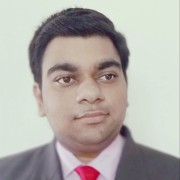 I am pursuing a B.Tech. in Dairy Technology from Maharana Pratap University of Agriculture and Technology (India). I am having a deep interest in traditional dairy product processing technology and has written a range of papers on this topic. I am also passionate about dairy microbiology, milk chemistry and ice cream technology. I am writing as a freelancer for numerous food titles. Apart from writing articles I like to design graphics.

Radiofrequency drying- A promising technique which still needs to be explored

Accelerated Ripening of Cheese: The Science and Method