The word Kosher is a Hebrew word meaning ‘pure’ or ‘suitable for consumption’ and describes the food that is fit for a Jewish person to eat.

For a food to be considered kosher, it has to go through various processes and tests making sure that it is completely healthy. Even the people who perform various jobs and duties related to the food have to be religious and well versed with Jewish laws and practices.

The main idea behind kosher food is that the entire food process has high standards which slow down the process and ensure complete elimination of any harmful component (physical, chemical or biological) that might enter our body through the food. Interestingly, Kosher inspections reject about three times more than the United States Department of Agriculture.

There are mainly three categories of Kosher foods:

According to Kosher rulers, it is necessary to separate dairy and meat categories. They should not be eaten together and the utensils must be kept separate while pareve foods can be eaten with any of the other two categories and do not require separate utensils.

Certain seafood like crabs, lobster and shrimp are forbidden in the kosher laws because they may contain mercury as the major contaminant which could hurt the human body when ingested.

The benefit of having kosher food is that it is safe from any form of contamination.

Foods that meet the Kosher dietary laws are labelled with one of the Kosher symbols, including K,

. These symbols can be found in small type on the bottom front of the package.

Passover is a Jewish holiday celebrated for 7-8 days during which the Jews follow the second set of kosher rules. During the Passover days, they are not allowed to consume grains that can ferment and become leavened like barley, wheat, oats.

If you wish to read about INTERMITTENT FASTING, you can check out our article on it.

Gastrophysics: The Science of Eating

GMP: The Need Of Company as well as Consumer 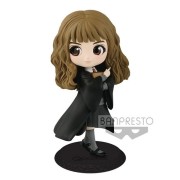 Meal Planning And Its Aspects