As we are moving forward in time, the usage of single-use cutlery is on the rise. One of the most famous and widely used single-use cutlery has also turned out to be a poison for both the human as well as for the earth. We looked for some possible alternatives and came across several possible ones. Our ancestors would dine with cutlery made from wood, bamboo etc.

Now in the 21st century, where many countries like France, India have been implementing a ban over single-use plastic, what other option do we have which provides an innovative and hygienic insight towards the single-use cutlery? Well, the answer is Edible cutlery.

So What is Edible Cutlery and What Are its benefits?

Edible cutlery, as the name suggests is single-use cutlery which is made of edible material and hence is edible. You might wonder, we have other alternatives like bamboo and wood cutlery. Then why should one use edible cutlery instead?

We all have noticed while using wooden cutlery that they leave an aftertaste in the food that we are eating. This is extremely undesirable as the taste does not complement the flavour. But in the case of edible cutlery, they compliment the taste of the food. How? Well, edible cutlery comes in many flavours like plain, sweet, salty, etc. So if you are eating ice-cream and rather than using a wooden spoon, if you use edible cutlery with sweet/plain flavour the flavour will be enhanced.

Maintain a level of hygiene

When one enters the restaurant the first thing a customer sees is hygiene. How cutlery is being washed is also one of the things that customers notice in small scale restaurants as no one would like to eat with improperly washed cutlery.

So edible cutlery is also a solution to such problems as this cutlery will be eaten as soon as your customer finishes his/her food. Even if they don’t eat it, this cutlery will degrade and disappear in about 10 days after being used, which helps in preventing the world from becoming a garbage bin.

There will be no issue related to washing and also proper hygiene will be maintained. Also, less manpower will be required which finally leads to less capital and high profits. As for the cost of this cutlery, well they cost almost similar or sometimes less than the wooden cutlery when they are produced in bulk.

Now one might ask this question. Since it is made up of edible material like wheat, rice, sorghum, etc their shelf life might be less. Well, it is a baked product with very less moisture content which results in the shelf life of about 24 months. Also as mentioned above, they are biodegradable products which degrade in approx. 10 days after being used. So they are truly environmental as well as human friendly.

Some Companies Focusing on This:

In India, itself we have plenty of companies that are focusing on the market of edible cutlery. It’s a pretty small niche right now but as consumers become more aware, the demand is likely to see an increase.

One of the better known companies, Bakey’s was founded in 2010 and is based in Hyderabad. They utilize different flours to prepare edible spoons, chopsticks and even forks. So far, they’ve sold over 1.5 million pieces. The cutlery too are available in different flavours like mint, cumin, carrot and even sugar. So customers can have their pick.

Single-use plastic straws are one of the greatest threats presented to the marine life. Ooble is a Bangalore-based start-up that has the perfect solution. Their range of edible straws are ready to save the oceans, one straw at a time.

They produce edible cutlery without the use of any preservatives, which already sounds really good. But the best part, they have a whole range of cutlery including an edible beverage cup where you can enjoy tea in your cookie cup, edible utility bowls, spoons etc.

Similar to edible cutlery, we have an article on Edible films. Check out our article on it to read its pros and cons. 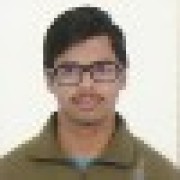